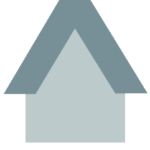 SAO PAOLO: The 7th Brazilian Congress of Corporate Press, Media Relations and PR ended on April 16 in Sao Paulo with the election of officials to Abracom – the industrys trade body.

Representatives of the 137 local PR agencies that make up Abracom elected Jose Luiz Schiavoni, a partner at S2 Comunicacao, as the new association president for a two-year term. Rosana Monteiro, of Ketchum Estrategia, and Cristina Kiki Moretti, of In Press Porter Novelli, are Abracoms new vice-presidents.

"One focus of our administration will be on the relationship with the government, which traditionally hires advertising agencies to provide PR work," Schiavoni said.

The Congress, which gathered about 500 sector professionals, opened on April 14 with a keynote speech from Ruy Mesquita Filho, one of the controllers of local daily newspaper O Estado de S.Paulo. Event organisers awarded Mesquita Filho with the annual lifetime achievement Communications Personality Prize.

One highlight of the Congress was a lecture by Jeffrey Sharlach, president and CEO of US-based The Jeffrey Group, in which he

stressed the importance of agency planning.

According to event organiser Eduardo Ribeiro, the general mood among participants was upbeat, and most believed the Brazilian PR sector would resume growth this year, following a slow 2003.

"The agencies are reporting a resurgence of business activity, beginning in March," he said.
FONTE: PR Week